We have all heard people say that a newborn baby has his mother’s eyes, or that a young child gets all of that curly hair from her father’s side of the family, or that a rapidly growing teen gets his height from his grandfather’s side of the family. These simple observations are based on the fact that genetics play a major role in determining our physical features. As the mysteries of the human genome are unraveled, we can peer beyond physical traits and discover there are many variables to understanding the full impact that genetics plays. As a Fitdigits user, one question that may intrigue you is, “what degree does genetics play in the pursuit of improving overall health or increasing fitness levels?”

Fifty years ago the Sports Medicine community was satisfied with describing the human physique according to three categories of body types: endomorph, mesomorph and ectomorph. Later on, primary care physicians began to associate and describe the increased risk of developing heart disease in terms of body shape; i.e. apple shaped for men and pear shaped for women.

Today’s medical technology allows us to look further into the human body to the point where we can actually compare and contrast factors, such as quantity of fat cells, muscle fiber type, heart size, bone density, cardiac output, muscle mitochondria, and even the risk of contracting disease. The ability to measure these more specific variables and potential based upon genetics is important, because they give insight into the body’s ability to adapt and benefit from different interventions and treatment programs.

The key to designing an exercise program is to help the body adapt to a specific stimulus – in other words, to achieve a specific training effect.

Over the following weeks I’ll explore Cardiovascular Fitness, Body Composition (% body fat), and Disease Prevention, in ways that provide insight into the role genetics play. Your genetic profile can be an important guide in the successful pursuit of improving your overall health or increasing your level of fitness. First up, Cardiovascular Fitness.

An individual’s ability to perform aerobic exercises like running, cycling, swimming or cross country skiing is ultimately determined by the heart’s capacity to deliver oxygen to the specific muscle groups engaged in each sport, as well as the muscle’s ability to convert oxygen and available fuel (food) into energy. Cardiovascular fitness can be measured through an Oxygen Consumption or VO2 test. An athlete wears a facemask over his mouth and nose while running or cycling at increasing levels of intensity. The mask is connected to a computer that is able to compare the difference between the amount of oxygen inhaled and exhaled with each breath. The key finding behind VO2 testing is that VO2 scores are linear with performance. In other words, athletes with higher VO2 scores have been shown to run, swim, ski and bike faster and longer than athletes with lower scores. 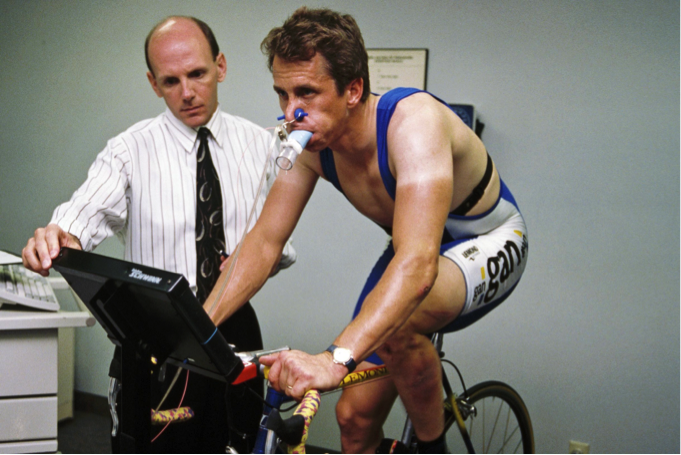 VO2 scores in the general population range from 20 – 60 ml/kg/min, follow a bell shaped curve across the range of scores, are slightly higher in males, tend to decrease with aging, and increase when the subject maintains a structured exercise program. However, the most interesting observations are that people DO NOT respond the same way to the same training program, and world-class level endurance athletes’ VO2 scores are much higher, in the 80-95 ml/kg/min range.

Elite athletes DO NOT have higher maximal heart rates than those whose VO2 scores are lower, but they DO differ in how their hearts adapt to training, allowing more blood pumped per beat. They also differ in how the mitochondria in their muscles adapt, resulting in a higher capacity to convert oxygen and fuel into energy. These observations are valuable, because they indicate a genetic component is at work in the adaptation to cardiovascular exercise.

Consider the “sport of choice” of an Olympic Track and Field athlete. Each event has a gold medal winner who most likely realized at an early stage of training that he/she had a natural inclination to performing well in that particular event. One size does not fit all, and even Olympic athletes don’t adapt the same way to a specific training program. Some athletes are genetically gifted for short distances, while others are gifted for long distances. This doesn’t mean athletes can’t train for other events and do well; it just means they start off with a set of genetic gifts that may allow them to perform better in one event over another.

The general population can benefit from this concept. Let’s use an example. If you’re in reasonably good shape and contemplating running a marathon, but you find that you can only handle a slow pace when you train, this could be an insight into your genetic make-up. Genetically speaking, the best distance for you might be a 5-10k. You may actually enjoy a faster paced 5-10K over a long distance marathon, because your body is genetically built for shorter, faster distances. This is not to discourage anyone from running a marathon if that’s a personal goal. I’m just trying to point out that you may find that you actually enjoy one distance over another, discover that you perform better with certain distances, and perhaps experience fewer injuries with your “sport of choice.”

In addition, most of us can benefit from a seasonal approach to training. Even elite athletes train with awareness of their genetic predisposition, knowing that the risk of sustaining an overuse injury is higher when training for a world record. They realize their peak performance and condition can only last for a limited amount of time. Variables such as maintaining an ideal race body weight, adequate rest, meticulous control of calories, and limiting the number of race days allows them to stay in world record shape for race day, ready for show time.

This brings us back to the best questions to ask first: why am I doing cardiovascular exercise, what particular exercise best suits me, and how much is best for me?

My best answer is also the simplest: choose a form of exercise that you find enjoyable, and choose a duration and intensity that allows you to speak a single sentence clearly and without hesitation during the exercise. It’s simply a “talk test.” See if you can talk easily while you’re walking, running, cycling or engaging in any cardiovascular exercise. I also encourage a variety of forms of cardiovascular exercise, and whenever possible, combine them with a social or personal agenda. 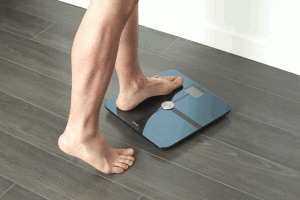 It is a question everyone trying to lose or gain weight struggles with. Should you weigh yourself everyday, and if not, how often should you weigh in?

In part one of two, we argue that weighing yourself twice per week is more ideal for evaluating your weight over time as opposed to weighing in everyday. To understand your weight fluctuations and what you might want to look at and consider, we offer a few suggestions.

Evaluating your weight over time allows you to identify your natural weight fluctuations, which are normal and happen everyday. These weight fluctuations can be caused by a variety of factors, including eating a large meal, excess salt intake, water retention, constipation, hormonal changes or even a sweaty workout. All of the aforementioned causes of weight fluctuations can lead to an increase or decrease of five pounds in a single day! If you hop on the scale only to find you have gained five pounds since yesterday and you didn’t consume an extra 11,500 calories (one pound = 3500 calories), your extra three pounds is not likely fat mass. But how can you be sure?

Always Weigh Yourself at the Same Time Each Day

To take out some of those inter-day fluctuations, always weigh yourself at the same time of day. Withings recommends weighing yourself within 30 minutes after waking up in the morning to avoid the wild swings that occur during the day due to diet, digestion and physical activity.

There is more to your weight than just the number of pounds. To understand your weight gain or loss, it’s necessary to also measure the changes in your body composition and how much fat and lean mass you are carrying. Weight scales like the Withings Smart Body Analyzer measure both.

Lean mass is the weight of everything in your body but fat and includes your bones, organs, muscle, skin, hair, nails, waste and fluids. Women should have 75-78 percent lean mass to be considered healthy ,while men should have 82-85 percent lean mass. Lean mass can also be expressed in pounds, and can be affected by eating a big meal, drinking a lot of liquid, and constipation. 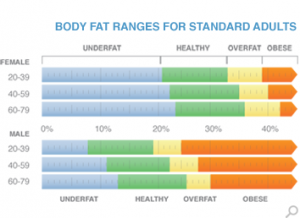 Fat mass is the portion of your body consisting of fat and is divided into two categories: essential fat and storage fat. Essential fat is necessary for normal, healthy function. Storage fat is the fat that accumulates below the skin when your calorie intake (diet) is greater than caloric burn (exercise), which results in unhealthy weight gain. When weight gain becomes excessive, your risk for developing heart disease, high blood pressure, type 2 diabetes and even certain cancers can increase.

Weight gain and loss, including lean and fat mass, fluctuate based your diet, activity, and digestion. Theoretically, drinking a glass of water or a long workout can affect your lean mass.

If you are strength training, you should expect to see your weight increase over time because muscle weighs more than fat. However, to be sure you are gaining muscle and not fat, your lean mass should increase while your fat mass decreases.

If you are exercising to lose weight, you should expect your weight to decrease over time; fat mass should also decrease as your lean mass increases.

If you are training for an endurance event, your weight may stay the same or could increase as your body adds muscle. Additionally, your lean mass should increase while fat mass decreases.

See the body fat examples in the graphic below to further understand how fat mass affects the body. 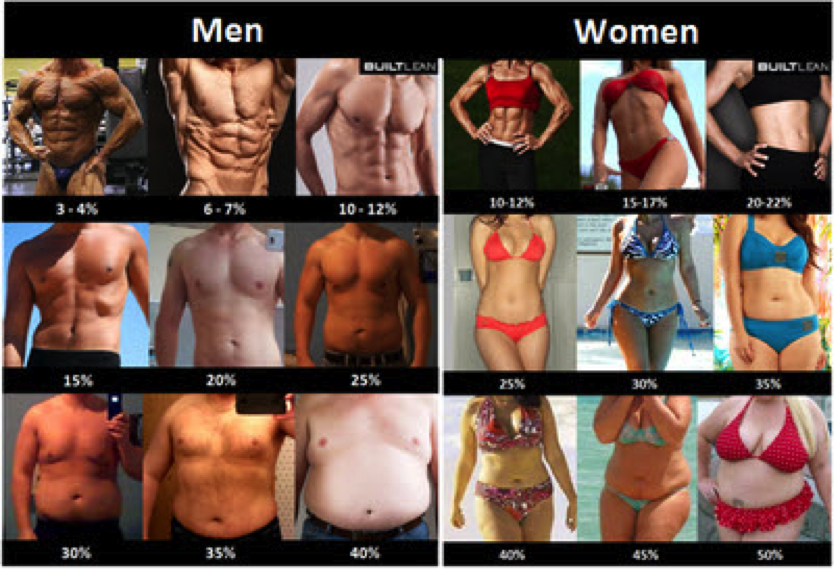 Watching your weight changes over time is more important than watching the daily fluctuations. If you weight yourself more than two times per week, be sure to pay attention to your weight and fat and lean mass changes overtime, and understand there will be minor fluctuations in between. My.Fitdigits.com shows a great “trend line” over time in the Weight section that can help show the true path you are on, and take out some of those day-to-day anomalies.

In Part 2, we will outline why it may be a good idea to weight yourself daily