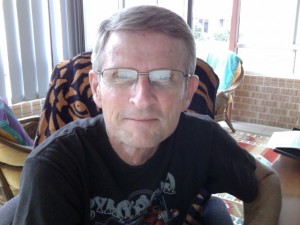 I am 64, around 148 pounds, and a 20 year US Air Force retired Vietnam veteran. My journey to fitness really started many years ago, early adulthood to be exact. At that time I decided to live an active and healthy life and I began to run as a way to stay healthy. I ran anything from short 3 and 5 km runs to running 10 Ks in organized competitions. Because of my Air Force background, I had the opportunity to run in many states throughout the US, as well as throughout Germany where I was lucky to be stationed over two different assignments. While there I continued to run many organized events up to and including a marathon which was over the original route taken during the 1972 Munich Olympic Games. Damn near killed me, but I survived! Everything changed when I turned 50 and was diagnosed as a type 2 diabetic.

That diagnosis blew me away. As I stated earlier I always tried to maintain my health, was never overweight, and generally maintained a good diet. At that point, in order to help control my blood sugar at a near normal level, I continued to run. However, I started to lose even more weight and my doctor told me I should stop running, as it was becoming unhealthy for me to continue. So then I started walking to help control my blood sugar pretty much after every meal.

To make a long story short, two years ago I was put on Insulin and from that point on my weight stabilized. I have even been able to put on some weight! Diabetes is a disease that predisposes you to a host of other problems, namely high cholesterol and blood pressure, to name a few. With my weight under control, I decided to take my health into my own hands and started running again. I went on my first run in May of 2012, and I was excited to regain some control of my health, which had been in downward spiral since not being able to exercise because of my low weight.

Owning an iPad and iPod I could see all the apps that were available to help people take control of their health. I tried many running apps but they just seemed unable to do what I wanted. I did not see any that combined everything I needed all wrapped up into one app. With the purchase of an iPhone I gave Fitdigits iRunner a try and found that it did everything I wanted and more! The addition of a Wahoo Blue HR monitor completed the package. Now I was ready to go out and get serious about my training. I got voice and visual updates throughout my run that keep an eye on how my heart was responding to the stress level I was working out at.

Initially I just plugged in standard figures for heart rate based on age and it seemed like I was continually exceeding the top heart rate zone. That is when I contacted customer support and they had an answer for exactly what I was looking for. It was suggested I try some of the fitness assessments built into the app to see how my heart was responding to stress. I did the Beginner Cardio and Cooper running fitness assessments. Based on those results I was able to input different figures to my max heart rate and heart rate zones, and I have not looked back.

My doctor is happy I am exercising again and my blood pressure, which was starting to enter the mid to high hypertension range, has dropped back to near normal levels over the past two months. No other app includes fitness assessments, and I think that is what distinguishes this app from the competition. Initially I did not give them a go as I thought I had built up a base over the years with another tracking option, and even though I had not worked out for several years I could not switch now. Big mistake. Running and how to properly work out has changed over the years, and I found out that I did not keep pace with the advancements in the science that go into exercise. With this app I have complete peace of mind, completely aware of exactly how much intensity I can add to my workout and remain safe by not overdoing it.

I have Fitdigits to thank for the peace of mind I enjoy while exercising. The excellent customer service is second to none and I do not hesitate in recommending this app for use by anyone serious about their health. I do not go out for a run without first strapping up and activating Fitdigits iRunner. There is no other app that can do what this app does and provide the customer support to back it up. No hesitation whatsoever in giving this app my strongest recommendation!