I am an unabashed Who Dat (New Orleans Saints fan, to clarify for those who don’t know what that is) with a very French last name that has South Louisiana written all over it. I love being from the bayous of Louisiana, and I’m proud to be part of such a rich culture. The history, the people, and the football are all things we are extremely proud of down here. 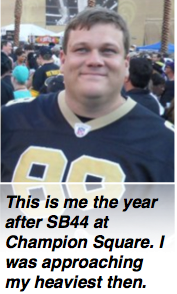 But if you polled the rest of the world, the one thing that would stand out as our claim to fame would have to be the food. We learn at a very early age how to make gumbo and jambalaya, boil crawfish, pot-fry rabbit, fry seafood and just generally excite your salivary glands. Whether it’s tailgating at a Saints game, or feeding a camp full of folks, we do food.

All this attention to food served me well in my younger days while I was still a participant in the sport I grew up loving, football. I weighed about 320 lbs at the time and, as a lineman, it was welcomed heft. But as my days on gridiron ended, and I kept my heft-centric diet, I got bigger, and bigger. I topped out at over 400 lbs. about 2 years ago. I got to a point where I felt concerned about my health (duh! I know, but down here I was just another big guy…which has a lot to do with why coronary artery disease is so common here). So I made a commitment to myself: we are going to drop some damn poundage!

As I followed through on this commitment to myself, and weight began to come off, I began to feel better, lighter, even athletic. And, I wanted to use this rediscovered athleticism. But how?

My wife and I spend our weekends in New Orleans. We love being in the city, and there is a race there called the Crescent City Classic (a.k.a. The CCC) that appealed to me. But it’s a 10k! That’s 6.1 miles! After some initial trepidation, I sold myself on the idea that I could get it done. This is when I began searching for an app to help me get started. I went through several, but couldn’t find one that really satisfied me once I was past the initial phase of starting. I didn’t know what I wanted, I just knew what I had wasn’t it. Then, one day I downloaded Fitdigits.

Everything about this app I liked! The dashboard was brightly colored, and easy to read mid-run. I loved the voice that would talk to me to let me know how far I had been, how many calories I had burned, how long I had been running, and my current and average pace. 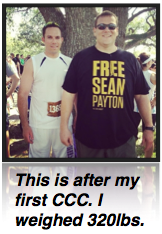 And the fact that I could customize how and when she (my Fitdigits voice is female, also a choice) spoke was just another thing I didn’t realize I wanted, but once I had it I loved it. This was awesome! Having these tangible results helped me to really hone in on the specifics of how my new body was performing. In tracking and reviewing my results, I was able gauge my gains in running. I barley finished that first 10k, but I did, with a time of 1:50:00.

As the pounds came off, I wanted more. And having these results enticed me to research, and compare myself to runners who do it for a living, just to see. In doing that, I had a food epiphany: if I want my Fitdigits results to get better, I should adopt the plant based lifestyle that every single runner I read about has. And being part of a heavy-drinking, heft-inducing culture, this was difficult to say the least. But Fitdigits was quantifying my efforts, my results. And as I saw the results get better and better, I wanted to be a runner even more! It dawned on me that I could, at the age of 34 be an athlete again. Football is not the only sport on the planet. Blaspheme!, right? I know, but I was changing my whole everything. I could still enjoy my football as a spectator in the New Orleans Superdome on Sundays, and be a actual participant in my new sport, running, the rest of the time. 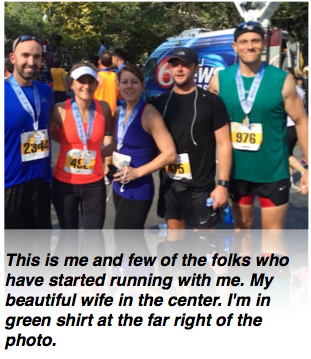 My new nutrition and lifestyle, along with the tangible results I have recorded with my Fitdigits app., have made me into a runner. I no longer resemble that 320lbs 10k finisher hopeful, or that 320lbs lineman of my youth. I am now a lean, mean 204lbs athlete (I feel more like an athlete now than I did in college playing football) whose new participation sport is running. I completed my first half-marathon on October 12th this year with a time of 2:13:10. In my training for that half-marathon (the Jazz Half, btw. The results are on their website- and my Fitdigits app, of course.), I have inspired others by sharing my Fitdigits results on social media to begin running as well. The first thing I usually say is “get the Fitdigits app, and just start running” when someone asks how to get started.

Being able to quantify my efforts, share, and exhibit marked improvement along the way has been priceless for me in this journey. I am training for my first marathon now, and I post my results of my runs almost daily. One can just flick through my Facebook page or Instagram profile and see from where I’ve come. Fitdigits has empowered me in ways I never thought an app could. 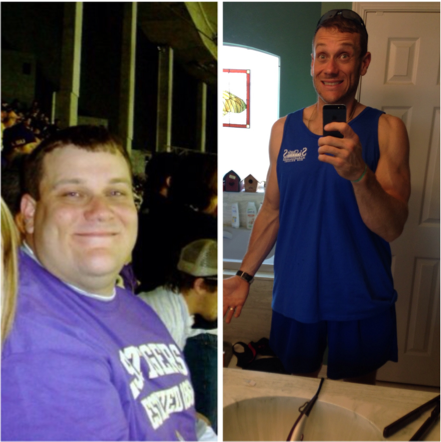