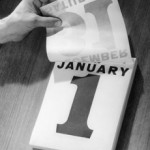 So every year is going to be THE year to make a change. What can you do to make sure that this year is actually the year? Here are 5 tips to make your New Years Resolutions stick.

1. Start Slow
Often resolution makers start out the New Years by going to the gym 6 days a week or going on an extreme diet. However, that is not a good way to create long lasting change that will last all 365 days of the year and beyond. Start slow. In January, make it a goal to go to the gym twice a week, and slowly add more days as you go along. Try to make your new behavior a deep engrained habit, not just a fad.

2. Give Yourself Some Days Off
Give yourself a break every once in a while. For example, you are at a party and there are a lot of the four C’s: Cookies, Cake Ice Cream, and Candy. However, you swore to yourself you were going to cut down on sweets in 2013. Well, you said you would cut down on sweets, not eliminate them. So instead of abstaining in the early going, just have a cookie or two and use moderation. It is not realistic to operate at full throttle for the entire year.

3. Look For Easy Ways To Help Reach Your Goal
For a lot of people, losing weight is a constant struggle. So why not look for some shortcuts? There are some great ways to speed up your metabolism that do not require much extra effort, such as drinking green tea or putting hot sauce on your food. For more details, read here

4. Make Your Resolutions Public
Use the power of social media to embarrass yourself into reaching your goal. Post on Facebook or other social media your goals, and make it known to your friends and family what you have planned for 2013. Post constant updates, share your workouts, and reiterate to your friends that if you fall off the wagon to quickly point the finger of judgement in your direction. Nothing like being bullied into getting healthy!

5. Set Checkpoints
Make sure to have 2-12 checkpoints throughout the year as a means to stay on target. For example, if your goal is to lose ten pounds in 2013, check in at the end of February, and if you have lost at least 1.7 pounds you are right on track! This is a great way to make goals seem less daunting by segmenting them into nice, easily digestable chunks.